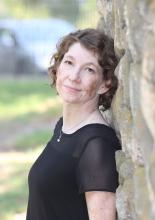 Emily Bieber, soprano, is a member of the King’s Chapel Choir, where she has performed as a soloist most recently for R. Vaughan Williams' Mass in G Minor, and previous as a soloist for Handel's Esther, CPE Bach’s Musik am Dankfeste, and Mozart’s Exsultate, jubilate. She is also a member of the Boston Baroque chorus, where she covered the role of First Spirit for their 2016 production of Die Zauberflöte and performed at their yearly gala Banchetto Musicale. In the summer of 2018 she produced a solo vocal concert, raising over $2,000 for the grassroots and nonpartison group Voters Not Politicians, which helped the group amend the Michigan constitution to outlaw gerrymandering. Recent operatic roles include Adele (cover) in Die Fledermaus, Spirit in Dido & Aeneas and Suor Infermiera in Suor Angelica. She has also performed with Opera 51, Boston Opera Collaborative, Opera del West, MetroWest Opera, Quisisana Resort, and the New England Conservatory Opera Theater. Following a brief hiatus following the pandemic and ongoing cancer treatments, today in addition to King's Chapel and Boston Baroque, Emily can also be found performing with Opera on Tap - New Hampshire. She studies with Brandon Martinez.