The Cultural Exchange of Opera: Discussion with composer Emily Koh 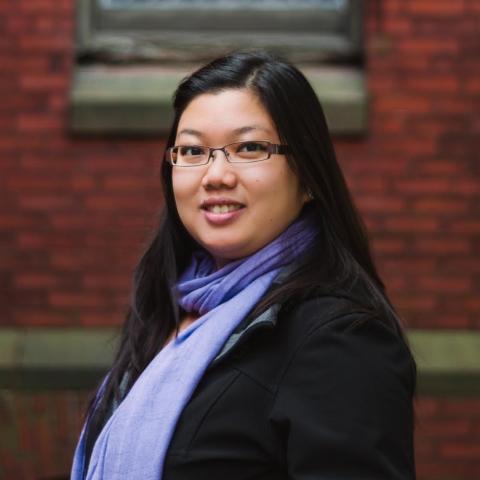 The Cultural Exchange of Opera: Discussion with composer Emily Koh

If you caught Opera America’s “Good News Friday” livestream in late July, you may have already heard of Emily Koh. She is a Singaporean composer, foodie, and newfound baker currently based in Atlanta, GA. She was one of nine recipients of the most recent round of commissioning grants from Opera America to support the works of female composers. Her work, HER:alive|un|dead: a media opera is slated to premiere with Guerilla Opera in 2023. We caught up with Emily and Guerilla Opera’s Aliana de la Guardia to talk about the project and how it opens some larger, much needed discussions in opera.

HER:alive|un|dead centers around three generations of Asian women in a single family. Her characters include zero, first, and second-generation immigrants, and Koh hopes to shed light on the expectations placed on Asian-American women. Through the cycles of life and death and somewhere “in-between”, they tell a unique story that has been underrepresented in opera. As an immigrant herself, Koh felt drawn to this topic following the issuing of the 2017 travel ban, which barred travelers from seven predominantly Muslim countries from entering the US. She stated that “it just felt really unfair that suddenly one person decides that some immigrants from these countries are not allowed back in and have to halt their entire lives… it felt like immigrant voices weren’t heard then, and even now.” This kind of representation has been historically lacking not only on opera’s stages, but within its entire structure.

Aliana de la Guardia is the Co-Artistic Director of Guerilla Opera and the commissioner for HER:alive|un|dead. For her, seeing representation in media she could identify with was crucial to forging her own path. “Growing up and seeing other Cuban and Latina performers on TV or hearing them on the radio was formative… If you see it, you know it's possible. It's the same for leadership positions.” According to Opera America, opera companies have seen a 10% increase in women filling leadership positions within the last five years. De le Guardia expressed the importance of diversifying opera both onstage and off, saying “We should be everywhere in the hierarchy, because we're everywhere in life… We have an important, inherited duty to seek out others and mentor the next generation who would replace us to continue this needed integration and better all our organizations and the world.” Guerilla Opera has made it a priority to collaborate with artists of color to amplify their voices, and found that Emily’s work HER:alive|un|dead could connect with audiences universally.

HER:alive|un|dead is described as a media opera, and through the use of elements like video mapping, live tweeting, and live video feeds, Koh and de la Guardia hope to make the piece an engaging experience, rather than a typical opera performance. Koh even hinted at the use of audience participation in the musical soundscape. “In a usual performance,” she said, “you have to sit there quietly listening but I think this way of engaging audiences has made artwork, performances, or just general art-making more interesting because it makes me feel more connected to other people.” She also spoke about how collaboration has made an impact on the project. HER:alive|un|dead is Koh’s first full-length opera, and she expressed her excitement at “the idea that [Guerilla Opera and I] are collaboratively creating something together and it's not just a work of mine… it’s fun to be able to let other people shine and see how your ideas mesh together, or if they don't, then see what comes out of the non-meshing.” These collaborations between composer, designers, performers, and audience are an exciting change the operatic experience.

When asked what wanted audiences to take away from HER:alive|un|dead, Koh felt that the most important thing was letting people imagine themselves in a culture other than their own.  There is an importance now, more than ever, to create operas that represent all kinds of people. She explained, “if you can tell your story and someone else is listening then maybe there will be a sense of belonging or a sense of understanding and a cultural exchange.” Emily Koh and Aliana de la Guardia want HER:alive|un|dead to immerse audiences, so they too feel that they can be involved in the arts. Even if it means simply looking into more opera when they get home or reading books on the Asian-American experience or women’s’ rights, Koh hopes viewers will go home and dig into whatever they found interesting. As de la Guardia puts it: “At its core, this is a multi-generational story about how we experience change in our culture… Though this story is told through Emily's cultural and feminist perspective, so many of us are connected to this story and have our own stories. This struggle is universal, and I think we will all see a little bit of ourselves in the lead characters.”

Sarah Rogers is a Boston-based soprano, originally from South Florida.  Last fall, she began her Masters of Music degree in Voice Performance at Boston University, studying with Penelope Bitzas. She has since been featured as a soloist for the Boston University Symphonic Chorus, participated in a masterclass with Warren Jones, and performed on various scenes programs. She holds a Bachelor of Music from Palm Beach Atlantic University, and is an active voice teacher.

Love your article and music. You can buy SoundCloud plays, Spotify plays and more here.