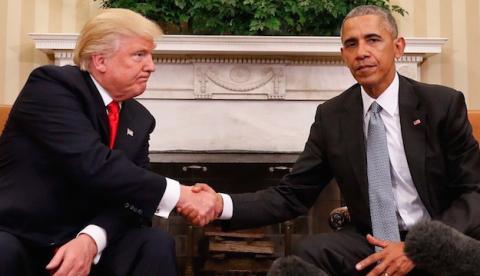 So we're all reeling from the election results, right? I mean, alcohol sales in blue states must have tripled last week. People are posting all over social media about fear, sadness, activism and change, and Trump's success has us all focused on the looming doom of his presidency (OMG HALP) (although if you voted for him, then hey, glad you're happy!)

This leads me to the point of this post, my friends. Walking your dog in the woods is the kind of thing we all need to do after failure, even if you don't have a dog. Woods/nature + unconditional love = zen calm. If I were Hillary, that's definitely where I would be right now too (although I'd probably also be taking some time to make a voodoo pickle spoon of James Comey).

And considering that singers are much like politicians in that we have to keep constantly proving ourselves, keep competing, keep opening ourselves up to professional failure and public humiliation, then walking our dog in the woods is what we have to learn how to do (figuratively) every day. I've said here before that Rejection 101 should be taught in conservatory, because dealing with rejection is the baseline of our business.

But- and this is a big but - how do we keep going? When the rejection is constant and painful and poignant, when we've given everything we have and it's still not good enough, how do we keep doing it? How do we avoid going into the proverbial woods with our proverbial dog and never the $%^& coming out?

Good question! I'm glad you asked. I've weathered more failure than you can shake a stick at, although I'm not entirely sure what that metaphor means. I've never actually shaken a stick at failure. What I have done - after my proverbial walk in the woods, after I've been sad and angry and felt all the feels - is what Garrison Keillor described in Lake Wobegon Days: "When you feel bad, you get out of bed and put your boots on."

If you never get hired, then adjust your technique. Adjust your approach. Create something for other people instead of just for yourself. Listen to the criticism of your work, to the degree that it is helpful, and attempt to address any technical issues. Remember what you do well. Keep doing that. Fight the ageism/beauty standards/elitism/nastiness in our industry. Be kind. If you start a company, try not to exclude people. Show up. Be a good colleague. Be kind (worth repeating).

Get up and put your boots on.

Which isn't to say that it doesn't suck! We aren't really allowed to talk about the pain of rejection, exhaustion, or professional humiliation in our business, because we all have to wear The Success Halo at all times in order to attract work. Sitting in The Failure Corner isn't nearly as sexy. But here's the reality: everyone has to sit in the The Failure Corner at some point. Some will have to sit in it more than others, and no, it won't be fair.

But, life isn't fair. Get up and put your boots on.

Rejection is normal. Failure is normal. And resilience feels like hell. It feels like getting up and putting your boots on when you'd rather just stay in bed. We all feel that way. Guys. WE ALL FEEL THAT WAY. You're not alone. Cry. Rage. Walk your dog in the woods. But then? Get up and put your boots on.

Angela Jajko, mezzo-soprano, is the Editor of the BSR Blog. A popular performer of opera, operetta, musical theatre, and oratorio, she has been praised in such publications as the Boston Globe and the Herald for her “peaches and cream” voice and dramatic delivery. Her recent performances have included acclaimed appearances with the Boston Outside the Box Festival, Opera New Hampshire, Piccola Opera, as a featured soloist on the National Public Radio program “Says You!”, with Opera Providence in The Romany Maid, as a featured soloist with Cape Symphony in “Passport to England” in the Barnstable Performing Arts Center, as Buttercup in H.M.S. Pinafore with Longwood Opera and The New England Gilbert & Sullivan Society, as the alto soloist in Handel’s Messiah with Maplewind Arts, as the alto soloist in Mozart’s Requiem with Boston Cecilia at All Saints Brookline, and in the role of Prinz Orlofsky in Die Fledermaus with the North End Music and Performing Arts Center Opera Project in Faneuil Hall. Angela is the Alto Soloist at All Saints Brookline, and has also appeared as Miss Hannigan in Annie with Crescendo Theatre Company, The Lady of the Lake in Spamalot! at Theatre at the Mount, selections from Carmen in The Greater Worcester Opera Gala in Mechanics Hall, Tessa in The Gondoliers with The Sudbury Savoyards, Orlofsky in Die Fledermaus with New England Light Opera, Carmen with Greater Worcester Opera, Offenbach’s Island of Tulipatan with New England Light Opera, the roles of Ruth, Buttercup, Phoebe, Katisha, and The Fairy Queen in concert with the New England Gilbert & Sullivan Society, and as a featured soloist in concerts with Opera on Tap, Masstheatrica, FIRSTMusic, Ocean Park Festival Chorus, Parish Center for the Arts and New Hampshire Opera Theatre. Her performances have also included the roles of Carmen, Theodorine, Augusta, Marcellina, Hermia, Savitri, Pirate Jenny, and La Zia Principessa. She has also performed with Odyssey Opera, PORTopera, Granite State Opera, Longwood Opera, BASOTI, Harvard University, and the International Lyric Academy in Viterbo, Italy.  She has been honored by the American Prize competition and holds degrees in Vocal Performance from The New England Conservatory of Music and the University of California at Los Angeles.  She is currently the Associate Executive Director of NELO, President of the New England Gilbert & Sullivan Society, a Board Member of Boston Singers’ Resource, and was recently a Board Member of L’Académie, a critically acclaimed orchestra specializing in performances of French Baroque music in health institutions. Angela gives workshops and masterclasses and maintains a private studio specializing in audition techniques, and she has served as Costumer for a number of productions with companies including Guerilla Opera, Company One, NELO, BASOTI and Longwood Opera. She has also served as a Director for NELO’s Rising Stars program and in other productions as Assistant Director, Stage Manager, and Props Master. She has extensive experience in administration, office management, and event management in a variety of industries. Visit her at http://angelajajko.com/.