Five tips for singers this audition season by Katrina Holden-Buckley 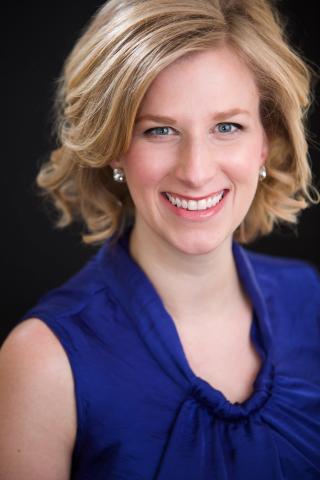 We can always count on singer and writer Katrina Holden-Buckley to give us a humorous and light-hearted take on the life of a singer. We are grateful for her contribution to our blog this month! - Ed.

Get out your jewel-toned wrap dresses, modest heels, and black suits! It’s YAP audition season! And nothing says “Getting in the holiday spirit” quite like a 5 hour ride on a Megabus, sitting next to that elderly smoker who is just trying to get to the slots at Foxwoods for the day.

Well, as we approach the season, we here at BSR don’t want to give you the same stale advice about your aria package that you get every year. We’ve compiled a list of truly sound guidance and not-to-be-missed info about this year’s twirl around NYC. Sure, there’s the tree at Rockefeller Center and ice-skating and hot cocoa and window displays, but none of that is for you this month. The Big Apple is not as romantic as it is in the movies when you are stepping off a late bus, clutching your hot tea, and trying to get an earlier audition time for Chautauqua so you don’t have to schlep back to the city again two days later. Fear not though. You too, can survive and even thrive another season unscathed.

Be prepared for anything. Seriously, anything. From the friend who had to hustle to the Banana Republic in Times Square when she forgot her audition dress to the friend who dropped her street clothes in the toilet just after her audition, (those bathrooms at NOLA are tiny!), we’ve heard it all and you just never know what could happen. Hike up your required nude pantyhose, (no, just my generaton, you say?) and roll with it.

You’ve heard it before, but treat your pianist graciously. Have a beautifully-organized binder, and keep in mind that most pianists you work with will have incredible skills and know the repertoire backward and forward. But also keep in mind that some of those pianists might be drunk. I’m not joking. Several years ago, a prominent Young Artist Program sent a formal email apology to everyone on the audition roster on a certain date for the “extreme intoxication” of that day’s hired accompanist. And suddenly, a bunch of singers’ auditions made a lot more sense.

If the panel asks for something you have not prepared for that audition....  It’s best to offer: “I would love to sing that for you at another time.” And try to schedule a timeslot to sing that for them once you have had a chance to brush off that aria. (Seriously, I did this once, returning a few days later, and was cast as a lead.) An alternate option would be to do what a friend did when faced with an ask for a French aria she hadn’t sung in about two years. When she forgot the words, she started singing the lyrics to “Les Poissons” from The Little Mermaid and just sold the hell out of it. Those Disney songs never leave us. (And since most of Broadway is Disney now anyway, hell, why not stroll over for an open call for Aladdin while you’re down there?)

We can’t change our energy drastically in the moment; so try to turn your anxiety, which is a heightened emotion, (as opposed to a forced meditative one), into excitement. This is great advice I read once about scientific studies and the fight or flight response with regard to performance anxiety. And if anyone has any real application of how this works, feel free to message me...

Do go in there with confidence, moving forward and releasing yourself and your art from your own self-judgement measure by measure. In all seriousness, trust yourself and your preparation. In this season of giving, give of yourself. Give to the art all that the composer intended. Give the telling a compelling story. You didn’t go broke on application fees this season for nothing, after all.

The decisions a company makes may always remain a cruel mystery of our profession involving many unknown factors including budget, previous casting and a slew of things that have nothing to do with us. Let go of the reasoning behind it. On that ride home, may you reflect on a day in which you carried the panel/s with you on a journey into something special- something that makes you an individual with a voice and a story, no matter the casting results of your audition.

Best wishes from us for an incredible, (and uneventful), audition season!

Described as a "dramatic" performer with a "strong voice", (The Boston Theater Review), Katrina Holden performs extensively in New England and in recital throughout the country. Of her debut in Der Rosenkavalier with Connecticut Lyric Opera, The Day in New London lauded; "... as Sophie, Holden was perfectly cast, teenage-fresh in both character and voice, making the most of the ringing top to ensembles given to her role." As the title role is Massenet’s Cendrillon, she was described in publication as “mesmerizing” and “impossible to ignore”

A Finalist in the Talents of the World Competition and in the Jenny Lind Competition, she holds degrees from Muhlenberg College and The New England Conservatory. As a journalist, she has written for The Theatre Times, ArtsFuse, and Classical Singer. http://katrinaholden.com/