Lord, Give Me Strength: How to Deal With a Challenging Gig 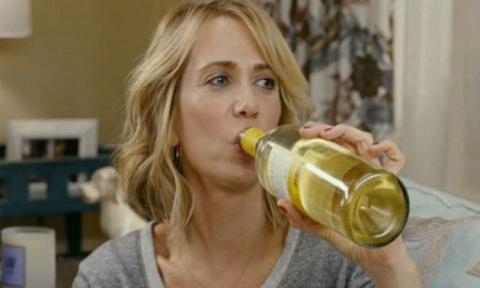 So that gig you accepted has turned out to be, shall we say, challenging. In business, they like to call these situations "opportunities", because let's keep it positive, people! But in the arts, we calls 'em like we sees 'em: trainwrecks. So what do you do when you discover that you signed onto a trainwreck? Well, read on.

The first thing to keep in mind is that in the arts, some degree of trainwreck is inevitable. So if you find yourself in the middle of one, take a look around before deciding on a course of action. Did this situation develop because honest mistakes were made, and is everyone trying to do their best in a bad situation? I've been in those gigs, for sure. If this is the case, then for God's sake, don't make it worse by broadcasting your personal stress all over everyone else. Accept that sometimes things go wrong, don't take it personally, and recognize that everyone else is in the same boat as you. Sometimes being a good colleague means dialing it down. If you're upset about something, always try to walk away and breathe. In other words, consider The First Rule of Trainwreck: don't make the trainwreck worse.

Moving on: what if the trainwreck is caused by Unprepared Colleagues? Yeah, we all hate this. It is super frustrating when colleagues hold up rehearsal processes or destabilize other people's performances because they didn't do the work, didn't learn the lines, haven't memorized the music, or are technically unprepared for the role. How to handle it: first, be kind. You never know what someone else's challenges are. If it seems to be a character issue, like they just didn't care to prepare, then place your trust in karma that eventually these kinds of choices will catch up with this person. But to the extent that you can, follow The Second Rule of Trainwreck: keep your eyes on your own paper. Resist the urge, no matter how tempting, no matter how 100% right you are, to tell colleagues how to do their job. Do what you can to mitigate any negative effects on your own performance- I mean, consider learning their cue lines so you can fill in the case of any disasters or learning your music so well that you can keep singing even if they're on a different page. And help as appropriate and cover for their flaws as best you can in any performance. Why? Because everyone will know your Unprepared Colleague was unprepared, and you will look like a rock star. Also - ha - someday The Unprepared Colleague might be you. Pay it forward.

Now, how about Difficult Colleagues? You know, the ones who change major blocking on a whim, act inappropriate or rude in rehearsal, etc. Tricky, right? First, make sure it's something you really, really need to deal with, like health or safety. Say something to the colleague directly about the situation at hand. Be kind always and keep your tone businesslike. If the issue is not addressed, then take it up the chain by quietly talking to the director, conductor, or stage manager: "I'm hoping I can get your help to address a situation with Colleague." Be prepared - be really, truly prepared - that this may not help anything. There is no HR department in the theater, and neither the director nor the conductor are professional mediators. Of course, if the situation is truly bad, then you'll need to keep escalating until someone hears you and corrects it. If health and safety are truly compromised, you may need to put your foot down and insist on an intervention with your colleague. But remember The Third Rule of Trainwreck: pick your battles carefully.

Ok, what about the mother of all trainwrecks, the ones caused by Unprepared or Difficult Production Teams? Like, are rehearsals so badly planned that everyone is constantly exhausted and confused? Are major aspects of the show being changed around at the last minute? Is the costumer putting everyone in turbans for no reason?

When faced with multiple challenges like this, consider again The Third Rule and pick your battles carefully. If it's something you feel you truly need to address, then ask kindly and firmly for specific remedies, like a clearer rehearsal schedule, more time to absorb changes, or a better turban. Be prepared (again) that this may not help anything, because the costumes may just be what they are and the people who are doing the scheduling may be doing the absolute best they can. If speaking up gently and firmly doesn't address your issues, then keep in mind the limit of your power in any difficult situation, which is that you can only control your own choices. So this means that if you're feeling helpless amid chaos, then the one area you can concentrate on for relief is that you control whether or not you will ever work with these people again. That's kind of freeing, isn't it? I mean, the great curse of working in the theater is the instability of freelancing, but it comes neatly packaged with the great blessing that any time spent with bad colleagues is self-limiting. You can decide to never, ever, ever accept another job with this team. So in this case, meditate on The Fourth Rule of Trainwreck: this too shall pass.

Let's recap the rules, shall we?

The First Rule of Trainwreck: don't make the trainwreck worse

The Second Rule of Trainwreck: keep your eyes on your own paper

The Third Rule of Trainwreck: pick your battles carefully

The Fourth Rule of Trainwreck: this too shall pass

And The Fifth and Final Rule of Trainwreck is, of course: talk about trainwrecks. And by this I mean keep the dialogue going about what we're finding that works and what we're finding that definitely doesn't work in our industry. Offer constructive criticism when asked and/or where appropriate. The more we communicate our experiences to each other and the more we share with colleagues, the better we can make the experience of being a working artist today. And that's what we all want, right? Every trainwreck is a chance to learn about ourselves and about best practices. In fact, they're "opportunities"- and hey, look at that: the business people are right!

Angela Jajko, mezzo-soprano, is the Editor of the BSR Blog. A popular performer of opera, operetta, musical theatre, and oratorio, she has been praised in such publications as the Boston Globe and the Herald for her “peaches and cream” voice and dramatic delivery. Her recent performances have included acclaimed appearances with the Boston Outside the Box Festival, Opera New Hampshire, Piccola Opera, as a featured soloist on the National Public Radio program “Says You!”, with Opera Providence in The Romany Maid, as a featured soloist with Cape Symphony in “Passport to England” in the Barnstable Performing Arts Center, as Buttercup in H.M.S. Pinafore with Longwood Opera and The New England Gilbert & Sullivan Society, as the alto soloist in Handel’s Messiah with Maplewind Arts, as the alto soloist in Mozart’s Requiem with Boston Cecilia at All Saints Brookline, and in the role of Prinz Orlofsky in Die Fledermaus with the North End Music and Performing Arts Center Opera Project in Faneuil Hall. Angela is the Alto Soloist at All Saints Brookline, and has also appeared as Miss Hannigan in Annie with Crescendo Theatre Company, The Lady of the Lake in Spamalotat Theatre at the Mount, selections from Carmen in The Greater Worcester Opera Gala in Mechanics Hall, Tessa in The Gondoliers with The Sudbury Savoyards, Orlofsky in Die Fledermaus with New England Light Opera, Carmen with Greater Worcester Opera, Offenbach’s Island of Tulipatan with New England Light Opera, the roles of Ruth, Buttercup, Phoebe, Katisha, and The Fairy Queen in concert with the New England Gilbert & Sullivan Society, and as a featured soloist in concerts with Opera on Tap, Masstheatrica, FIRSTMusic, Ocean Park Festival Chorus, Parish Center for the Arts and New Hampshire Opera Theatre. Her performances have also included the roles of Carmen, Theodorine, Augusta, Marcellina, Hermia, Savitri, Pirate Jenny, and La Zia Principessa. She has also performed with Odyssey Opera, PORTopera, Granite State Opera, Longwood Opera, BASOTI, Harvard University, and the International Lyric Academy in Viterbo, Italy.  She has been honored by the American Prize competition and holds degrees in Vocal Performance from The New England Conservatory of Music and the University of California at Los Angeles.  She is currently the Associate Executive Director of NELO, President of the New England Gilbert & Sullivan Society, a Board Member of Boston Singers’ Resource, and was recently a Board Member of L’Académie, a critically acclaimed orchestra specializing in performances of French Baroque music in health institutions. Angela gives workshops and masterclasses and maintains a private studio specializing in audition techniques, and she has served as Costumer for a number of productions with companies including Guerilla Opera, Company One, NELO, BASOTI and Longwood Opera. She has also served as a Director for NELO’s Rising Stars program and in other productions as Assistant Director, Stage Manager, and Props Master. She has extensive experience in administration, office management, and event management in a variety of industries. Visit her at http://angelajajko.com/.