Rainbow Capitalism in Art - a guest post by Joshua Scheid 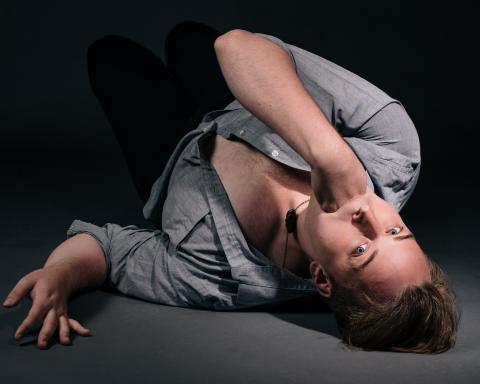 “Queer artsy type, open to a variety of connections.” That’s my current profile text on a certain “social media” app. “Queer artist” is often how I choose to introduce myself, both in and out of artistic contexts.  But why do I go out of my way to identify myself as a queer artist?

While I may hold some lofty philosophical ideals on what queer art is and why I make it, I must admit that I am in no small part influenced by the rising trend in professional music education of “branding.” Often maligned as a buzzword for social media influencers and the like, branding has become a major part of professional studies curriculums in conservatory training. One such conservatory I attended went so far as to include the word in the title of a required course.

For those that may not be familiar, branding is a term which comes to artists from the world of advertising. By cultivating a clear and consistent image, a business is able to attract and maintain the right customer base. As an artist, this means tailoring your materials and professional presence to a narrative which fits your goals. For example, a heavy metal band will likely use a different web design than a children’s book illustrator.

But what happens when you are trying to set yourself apart from others in the exact same field who are creating a very similar “product” to you? Maybe you’re a recently graduated light lyric soprano with recordings of the same half-dozen arias as the seven other light lyric sopranos who graduated in your class. Maybe you’re a composer with only a handful of low-quality recordings of hastily prepared live performances of five-to-eight-minute-chamber-works because that’s all that your school’s program actually supported with performances. Maybe you’re a third example to make a good list.

The curriculum-supported answer to this problem is to brand yourself. Find what makes you unique and special, and build your narrative around that. For me, this means my queerness becomes something I should commodify and employ as a marketing tool. I could’ve just as easily chosen to brand myself as a vegetarian artist, or a taller than average artist, or a third thing about myself. But a brand identity works best when it appears as central as possible to the actual identity of the person behind it. So, to the world outside of myself, queerness seems like one the most salient features of me as a person, making it the clear choice for the central aspect of my brand.

I love my queerness, and I love celebrating it with my art, and I plan to continue to refer to myself as a queer artist, but the anticapitalist in me cringes knowing that—at least on some level—I’m using my queerness as a source of economic capital. Branding is inherently capitalistic: it’s about marketing and selling a product. To apply that to artists, and to specifically instruct those artists to “build their brand” from their personal identities, is to commodify identity itself. My queerness serves to further the economic viability of my art.

Like most everything, branding isn’t all bad. Interest in identity allows us to make sure that there is diversity in the artistic voices we hear—an effort which must continue to grow. Using the tools at your disposal to help your art reach the audiences you’d like to reach is another positive lesson from your grad school branding class. There’s also something to be said for simply accepting the reality of attempting to sustain a personal artistic practice within a capitalist economy. Or maybe you’re an unironic Rich Uncle Pennybags and you love capitalism, in which case, branding is definitely for you.

At the end of the day, I’m a little uncomfortable reducing my queerness to what is essentially an advertisement for my art—especially in the month of June when queer idenities quickly become literal advertisements for billion-dollar companies. The idea that identity can or should hold economic power at all is a cultural value, specific to the culture or cultures that may hold it. Like any cultural value, it is created and perpetuated by, while reflexively influencing, the behavior of those who participate in it. Branding is considered important because people do it, and people do it because it’s considered important.

As with many of my concerns, the only way to find a meaningful alternative to the commodification of identity for the sake of branding would be to completely dismantle capitalism—which, to be clear, is an outcome for which I’m still very much rooting. So, for now, I approach branding with the same attitude as I do paying rent: I philosophically object to the economic necessity of it, but I guess I’ll still do it.

Joshua Scheid (he/him) writes and performs words and music. Currently based in Baltimore, where he recently completed the residency of his doctoral studies, Joshua loves to make opera that draws on the beautiful weirdness of today. His most recent devised show, The Sperm Whale Makes the Loudest Sound of Any Living Thing, combined humor and heart with the help of collaborators real and imagined.

In operatic repertoire, Joshua is drawn especially to new works. In addition to collaborating with student composers while at Peabody and Boston Conservatory, Joshua recently premiered the lead role in the new American production of celebrated Hungarian playwright Bela Pinter’s The Champion and gave the staged premiere of Mr. Darcy in Kirke Mechem's Pride and Prejudice. Along with ve fantastic collaborators, Joshua recently founded a new opera company, Strange Trace.
In his increasingly rare appearances in standard repertoire, Joshua’s performances have included Blitch (Susannah), Escamillo (Carmen), and Leporello (Don Giovanni), and he still wants to play Wozzeck (in case there are any casting directors reading this).

For Strange Trace’s inaugural season, Joshua directed a virtual production of his opera See You Today, and collaborated with company member Erin Matthews on the libretto for The Missing Piece, in addition to performing in Emails from Gary. This summer, Joshua was featured as a performer and director for their rst annual Stencils Festival, for which he is also serving as Festival Coordinator.