Sing for the Ancestors: Generations Connecting through Music-Making 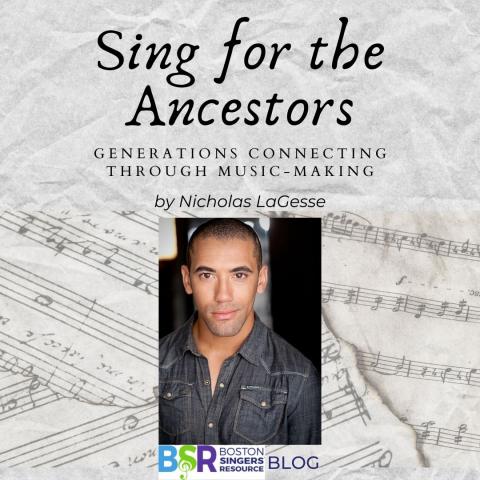 “Sing so the ancestors can hear you...”

My mother always shares this mantra before I walk on stage. I remember receiving a text message of it before my first performance with Boston Lyric Opera and hearing her murmur it to me as encouragement before my undergraduate audition at Northwestern University when I was sick with bronchitis.

My journey in music traces its roots, in part, back to my grandmother, Joanna Heard, and her brother Eugene. There were four children in the Heard family—William, Joanna, Eugene, and Virginia. Their parents were part of the Great Migration whereby six million Black Americans, many the descendants of slaves, migrated from the rural South to urban centers throughout the Northeast, Midwest, and West Coast. The family settled on the east side of Cleveland, Ohio.

Eugene was a jazz drummer. It feels strange referring to him by his “government” name—because everyone in my family has a nickname and Eugene was always known as “Fats” to my family and within the jazz community. He had a successful career and played with Coleman Hawkins, Lionel Hampton, and most notably with Erroll Garner’s trio during the 1950s. Fats played on the 1954 original recording of Garner’s hit “Misty” and had an interesting role in the song’s conception:

I used to kid Erroll a lot because sometimes he was just sitting at the piano, and I would say, ‘What are you thinking about? Looks like you’re dreaming about something.’ He would play this little melody; it was only about four bars. As it turned out, it was the first four bars of ‘Misty.’ I remember we were cutting that day [July 27, 1954]…At any rate, we had run out of things to play and he said, ‘What could we play?’ and I said, ‘Play that little tune.’ That’s how Misty came about.

Fats performed at celebrated jazz venues throughout the nation including Birdland in New York City, the Blue Note in Chicago, Zardi’s in Hollywood, and Storyville here in Boston. He played on several of Erroll Garner’s albums including Contrasts, The Original Misty, Mambo Moves Garner, and Erroll Garner’s Finest Hour. Ultimately, he traded the busy travel schedule of a working musician for family life and other entrepreneurial pursuits—one of which included running one of the first integrated jazz clubs in Cleveland, the Modern Jazz Room.

My grandmother Joanna had a more tumultuous path. As a Black woman born in 1921 and a single mother of two black girls, her career aspirations as a classical pianist never came to fruition. My family always spoke of her in hushed and cautionary tones, and I only know parts of her story. We believe that she played piano for Wings Over Jordan, one of the first touring black gospel groups in the nation. She left Cleveland—and her two children—for the prospect of greater opportunities in New York City and spent five years there before returning to her family in Ohio. Her journey was difficult, even by today’s standards.

Music is my connection to these people. It’s my way of keeping their hopes and dreams alive. Uncle Fats passed away five months before I was born and my grandmother would follow him a few years later. I have many questions for them, especially as a working musician attempting to make a name for myself. There is much about my life and struggles that I believe they would innately understand.  Music binds us, though. And it is my way of carrying on their legacy while continuing to create my own. 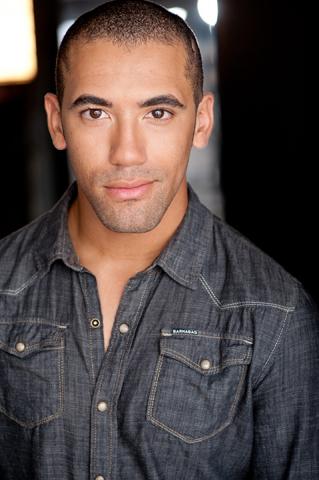 Nicholas LaGesse is a second-year Jane and Steven Akin Emerging Artist with Boston Lyric Opera. He holds a Bachelor of Music from Northwestern University and a Master of Music from the University of California Los Angeles. He and his mother, Enid LaGesse, host the podcast Ask Your Gay Mother where they discuss race, culture, current events, and their respective experiences as a Black, lesbian, baby boomer activist, and a straight, cis-gendered, Black male millennial.