A Singer's Walk through Boston 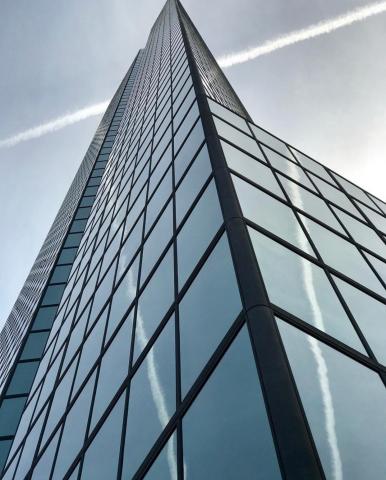 This post is adapted from a piece written by Executive Director Margaret Felice for Classical Singer Magazine's May 2018 issue before their Boston convention. We hope that singers visiting Boston for the convention - or anytime - will have a chance to see our beautiful city! And if you're new to the city be sure to learn more about BSR at bostonsingersresource.org.

When you think of Boston, what comes to mind? Colleges and universities? Historical significance? Compact walkability? These are all parts of Boston’s charm, if you make a visit don’t miss the city’s rich artistic culture as well.

If you have trouble walking, know that most of these sights are on the green line of the MBTA (Boston’s public transportation). You can use the trip planner at mbta.com throughout your visit to learn the easiest way to get where you’d like to go on the subway, trolley or bus.

When you exit the Sheraton you will be on the corner of Dalton and Belvidere. If it’s a hot day stop in Flour Bakery and grab an iced tea before you walk to the left and see the Christian Science Plaza on your right.

The centerpiece of the Christian Science Plaza is a massive reflecting pool. The Mother Church, with an historic organ and bell tower, will be on your right. The Center also has a reading room and a renowned Mapparium. If you walk along the long edge of the reflecting pool and continue walking to the next cross street you will be at Massachusetts Avenue in front of Symphony Hall.

Symphony Hall, the home of the Boston Symphony Orchestra and the Boston Pops, is a US National Landmark. It was built in 1900 and is considered one of the best-designed halls in the world in terms of acoustics. The CS Convention is during the Boston Pops season and there are concerts on Friday and Saturday night of the convention. Cross “Mass Ave” (waiting for the walk signal of course – it’s a dangerous intersection!) and walk to your left along the front of the building. You will pass the box office and the Symphony T stop just before you get to Huntington Ave.

Take a right onto Huntington Ave where you will see the Symphony Shop in Symphony Hall. This is where tours, which must be reserved online, depart. To reserve, visit bso.org and click “Plan your visit”. If you’re not stopping at Symphony Hall continue walking down Huntington Avenue. You’ll see the Huntington Theater Company across the street, and at the next cross street you will be across from New England Conservatory.

One of the nation’s oldest conservatories, NEC was opened in 1867 and started an opera department in 1902. Jordan Hall, NEC’s magnificent concert hall, opened in 1903 and is now a National Landmark. This is another acoustically marvelous venue, and ensembles from all over the city as well as nationally touring artists perform here.

Just across from the main entrance to the Jordan Hall building you will find Music Espresso on the second floor of 33 Gainsborough St.  Music Espresso has sold sheet music and other supplies to generations of music students in Boston and beyond.

Our walk continues down Huntington Ave. If you’re hungry, cross Huntington Ave again and stop into Amelia’s Taqueria, a local business serving fresh and affordable burritos, tacos and more. If you’re ready to keep moving, stay on the same side of Huntington as NEC and keep walking.

You’ll pass Northeastern University on your left. You’ll also notice that the green line trolley has emerged from its underground stops and is now running down the median of Huntington Ave. At any of these stops you can board the train inbound to the Prudential stop to return to where you started.

A few blocks down is the mammoth Museum of Fine Arts. If you enjoy visual art, definitely set aside some time to visit the fifth-largest museum in the United States. If you’re on a budget and staying over the long weekend, visit on Memorial Day (Monday) when admission is free.

The Museum has an impressive collection of musical instruments, which are not far from the Huntington Avenue entrance: when you enter walk to your right and they are in a gallery on your right near the coat check. After you have seen the instruments, explore the museum to your heart’s content, and use the Fenway exit to continue this walking tour.

If you’re not popping in to the MFA, walk along the streets on either side of the building to reach The Fenway, checking out the impressive public art along the perimeter of the building. The Fenway is the road that runs along the Fens, a public park. This winding park and “urban wild” is part of the Emerald Necklace, a ring of Boston parks designed by Frederick Law Olmsted.  If it’s a lovely day you may want to wander The Fens, which offers a number of monuments and gardens to explore. Pull up a map on your phone first, though: it’s easy to get twisted around.

Turning right onto The Fenway, you will continue down this winding road until you reach Westland Ave. From here you have two options. The first is to walk to the right for just a few moments to Hemenway St. Take a left onto Hemenway St and you will see Woody’s Grill and Tap, an off-the-beaten-path restaurant specializing in wood-fired pizza. Woody’s is just across the street from The Boston Conservatory Theater in 31 Hemenway, which was renovated in 2010.

Whether you have walked down The Fenway or Hemenway St, you will end up on Boylston St. Take a right on Boylston and walk to the next major intersection, which is, once again, Massachusetts Avenue. Believe it or not, you’ve only walked 1.5 miles! If you need to get back to the convention, cross Mass Ave and continue down Boylston St taking a right onto Dalton St which will lead you back to the Sheraton. If you’re up for more exploring, check out the options below.

If you’re a bibliophile

Cross Mass Ave and continue on Boylston St past the Prudential Center to Copley Square. You can’t miss the Boston Public Library on your right. Established in 1854 as the first free municipal library in the world (and the first to let people borrow materials), the BPL moved to Copley Square in 1895. This Central Library houses a massive collection, including a large music department on the third floor of the McKim building. The ground floor also has a spot to grab a coffee or a bite to eat in the Newsfeed Café, named for the WGBH public radio studio in one corner of the dining area. You can find walking tours of the BPL at bpl.org/central.

Since you’re already in Copley Square, have a look at Trinity Church (across the square) and Old South Church (across Boylston St), both of which have deep historical roots and thriving music programs. At this point you are just a few blocks from Boston’s amazing Public Garden and Boston Common, which you can reach by continuing to walk down Boylston. If you haven’t seen enough books yet, Boston Athenaeum, a membership library founded in 1807, is just off the Common at 10 ½ Beacon St.

If you love shopping (or people-watching)

From Mass Ave and Boylston St turn left and pass the Hynes Convention Center T stop on your right as you walk above Rt 90 (also known as the Massachusetts Turnpike, Mass Pike, or simply The Pike). Turn right onto Newbury St.

Newbury St is the main shopping thoroughfare in Boston. As you continue down the street the stores get more and more upscale, but the end closest to Mass Ave has plenty of affordable stops, including Trident Bookstore, an independent bookstore with a small café. You will also pass numerous bars and restaurants with outdoor seating, where you can snag a prime spot to watch the world go by.

Between Berkeley St and Arlington St, just before you reach the Public Garden, Emmanuel Church is on your left. Emmanuel is the home of Emmanuel Music, an ensemble that has been presenting Bach’s Cantatas in a liturgical setting for the past 47 years. Unfortunately their season ends the week before Memorial Day so they will not be singing on the weekend of the Convention.

If you love architecture and trees

Turn left onto Mass Ave, passing the T stop and Newbury St, and turn right onto Commonwealth Avenue. “Comm Ave” runs through miles of Boston and neighboring Newton; the segment you are on is part of the Commonwealth Avenue Mall, another park of the Emerald Necklace. As you walk the blocks toward the Public Garden you will see a variety of trees and historical monuments (learn more at emeraldnecklace.org).

Of equal interest are the buildings lining the park on Comm Ave: historic churches and massive brownstones that are characteristic of the Back Bay neighborhood.

If you want to walk along the river

Turn left onto Mass Ave. Walk past the Hynes T stop, Newbury St, Comm Ave, and a few more streets until you see the river. Just before the bridge, walk down the ramp to your right and along the Charles River Esplanade. In about a mile you will see the Hatch Shell, a popular outdoor performance venue. From the Esplanade you can turn right on Arlington St to the Public Garden or turn right on Charles St which winds through the Beacon Hill neighborhood before it runs between the Public Garden and the Common. If you’re feeling really ambitious, continue along the Esplanade to the Museum of Science.

If you’ve taken any of these walking routes, you are now in the Public Garden or Boston Common, two adjacent parks. From here you can see Emerson College, the State House, and the Theater District. To get back to the Convention, get on a Green Line train to Hynes Convention Center and walk up Boylston to Dalton St, or take one of the other walking routes back.

If you have even more time, go over the river into Cambridge. Harvard Square is best known for its namesake Ivy League university, but it is also home to the Longy School of Music, a conservatory that was founded in 1915 and merged with Bard College in 2012.

Another major music school is Boston University’s College of Fine Arts, not far from the convention on Commonwealth Ave. BU has three stops on the Green B-Line, get off at BU West for the CFA.

If you visit BU you won’t be far from Kenmore Square, home of the iconic Citgo sign and Fenway Park. The Red Sox are hosting the Braves while the convention is in town; whether you visit the area at game time or not will depend on how much you like crowds.

Depending on how much time you have, you may want to see other neighborhoods of the city. The City of Boston Office of Arts and Culture has designated several Cultural Districts in the city; you can find them online at https://www.boston.gov/departments/arts-and-culture/cultural-districts.

It’s impossible to list all of the great sights of Boston in just one article, but hopefully this gives you a taste of the cultural life of this amazing city!

Margaret Felice is a soprano, writer, choral conductor and educator living in Boston. She has sung principal roles in Carmen, The Magic Flute, The Marriage of Figaro, Don Giovanni, Suor Angelica, The Crucible, and other operatic and theatrical productions. She is Executive Director of Boston Singers’ Resource and lives in Dorchester with her husband, Robert Goulston (who gets the photo credit for the image of the Hancock Tower above). Reach out at www.margaretfelice.com