Tired of Silent Night? 3 Non-Traditional Songs for the Holidays 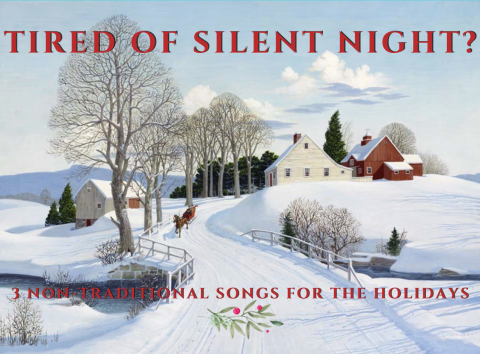 A La Nanita Nana is a traditional Spanish Christmas carol attributed to both José Ramón Gomis of Spain and Segundo Cueva Celi of Ecuador. Gomis' 1904 version is kept in the National Library of Spain. The song's beautiful melody and simple chord structure make it a popular choice for choral arrangements.

The Huron Carol was written around 1642 by missionary Jean de Brébeuf near present day Midland, Ontario, Canada. He spent his time at the Sainte-Marie among the Hurons learning the Wyandot language and translating Biblical texts. The Huron Carol is set to the tune of French folk song "Une jeune Pucelle" The original text is set in Wyandot and has been translated to English and French.

Nigerian Percussionist and composer Via Olatunji came to study at Morehouse College1950. During his studies he collaborated with choral director Wendell P. Whalum on this Yoruba Christmas song. The song was sung by the Morehouse College Glee Club for almost 40 years before it was published in 1992. The percussion instruments featured: conga, bongo, and tambourine, are descendants of traditional West African instruments. This piece is the most popular Yoruban song performed outside of West Africa.