Many singers and ensembles are planning to get back to rehearsing and performing in the fall. Are you curious to hear what others are doing, and to learn more about the latest science regarding safe singing?

BSR will host a Zoom discussion of these topics on July 22 at 6:30 pm, featuring:

This event is for educational purposes only and does not substitute for professional medical advice. BSR and its guests/panelists are not liable for risks or illness associated with acting on any advice given during this event or elsewhere on our website.

Meyer Chambers, a native New Orleanian, holds degrees from Xavier University of Louisiana, the only Black Catholic University in the country and The Benjamin T. Rome School of Music of The Catholic University of America.  Additional studies have been pursued at Loyola University of the South and the University of Notre Dame. Teaching appointments include the Darrow School (1983-87, New Lebanon, NY) and St. Sebastian's School, Needham (1987-).  Music Director: St. John-St. Hugh Roman Catholic Church (Grove Hall; June 1988 - May 2005); St. Katharine Drexel Parish (Grove Hall, May 2005-); Archdiocese of Boston’s two Jubilee Masses at Foxboro Stadium in September 1999 (20,000 participants) and Fenway Park in April 2000 (19,000 participants); Boston College Campus Minister for Liturgical Arts July 1, 2003-; Boston College’s Sesquicentennial Celebration, co-directed  music for the Fenway Park Mass on September 15, 2012 that featured a combined 500 voice choir and a congregation of 20, 000.  Meyer Chambers served as Director of the Office for Black Catholics of the Archdiocese of Boston from October 1991 to June 2003.  He has served as a presenter at various archdiocesan, regional and national conferences connected to liturgy and music. Meyer is married to Beth Chambers, Director of Boston Catholic Charities Central and South Regions.  They have two adult sons, Severin (Miami) and Zachary (D.C.).  Beth & Meyer and reside in West Roxbury, MA.

Lisa Graham is in her fifteenth season as Music Director of the Metropolitan Chorale. Under her leadership, the Chorale’s membership has grown in size to 100 members who hail from communities throughout the Boston area. Dr. Graham has shaped the Chorale’s programming to include contemporary, American, and lesser-known programs, alongside the masterworks of the repertory. She has enhanced the reputation and reach of the Chorale through collaborations with acclaimed vocalists and instrumentalists, as well as established composers of our day. In a review of her guest appearance conducting the Metropolitan Chorale and the Boston Pops last December, Broadway World praised Dr. Graham as “a spellbinding maestro, balletic in her direction … a great connection with her performers on stage.”

Mark Mummert is Cantor at Trinity Lutheran Church, Worcester and Assistant Conductor of The Worcester Chorus. Prior to moving to Worcester in 2016, he was the Distinguished Visiting Cantor at the Lutheran Theological Seminary at Gettysburg. Mummert was Director of Worship at Christ the King Lutheran Church in Houston, the home of Bach Society Houston. He was a professional chorister with the Houston Chamber Choir for three seasons and served as Chorus Master for Opera in the Heights (Houston, TX). He sings with Connecticut Choral Arts (CONCORA) in Hartford and studies voice with Jane Shivick. 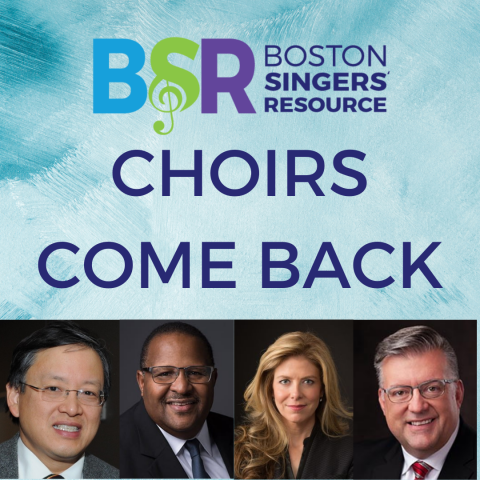