Looking to spend a few evenings this summer focused on career development? Want to learn tips and insights from an experienced, encouraging professional singer? Join us for BSR’s Summer Institute, July 21-23, led by our very special guest Barbara Quintiliani. 2-hour sessions will be held each evening at 7:00 pm and include time for Q&A and discussion.

The Institute will begin with a brief welcome and orientation on Tuesday, July 21 at 5:00 pm and continue after dinner break with the first workshop at 7:00. The schedule will include wellness activities in the afternoon and a few special guests. Ms. Quintiliani’s workshop topics will include “The Art of Recital”, “Opera Roles” and “The Singer’s Future”. All events will be held via Zoom.

Thanks to the generosity of our community we are able to offer this experience FREE for Boston Singers’ Resource members, and offer pay-what-you-wish pricing to non-members (minimum donation $10, financial assistance available). Register today for full access!

7:00-9:00: The Art of the Recital with Barbara Quintiliani (descriptions for Barbara's sessions below)

The Art of the Recital:

1. Who put the ART in the SONG? (Why does recital matter more than ever in the 21st century and in light of this pandemic)?
2. Who’s Afraid of the big, bad recital program?(Choosing repertoire that fits you to a T and how to program a recital right down to your encores, and how to choose a partner at the piano -cue “Getting to Know You” )
3. Schubert, and Schumann, and Strauss, Oh MY!-(How to learn:How to learn your program and the interpretation of song...)
4. Oh Presenter, Where Art Thou? (or Let’s Take this Show on the Road)!

Opera:
1. “ To thine own self be true”... (Who am I really and why does it matter when choosing repertoire: Exploring the T’s beginning with Talent and Temperament)
2. Free First, Fancy Later (or How to learn: How to learn an opera role and make a living dying... through intuitive and creative interpretation).
3. Stop the audition, I want to get off (See #1)
4. If a soprano sings an aria in her living room alone, and no one is there to hear it, does it make a difference? (or Preparation, preparation, preparation...because the prepared songbird gets the worm...and the job)

The Singer’s Future:
Endless Pleasure, Endless Love (Or why I get out of bed every day...)
Questions, Answers, anecdotes about cats...Lets talk shop without talking trash. Voices are like fingerprints, all are unique and all have the chance to leave their mark-an open discussion with soprano Barbara Quintiliani.

Hailed by critics as “a real dramatic soprano with a fiery timbre” (Opera News), Barbara Quintiliani was the first American woman in twenty-five years to be awarded First Prize in the prestigious Francisco Viñas Singing Competition in Barcelona, Spain. In that same competition, she was also awarded the coveted Verdi Prize from the great Spanish soprano Montserrat Caballe and the Prize of the Public. Ms. Quintiliani then immediately made an auspicious European debut at the Gran Teatro del Liceu as Elettra in Mozart’s fiendishly difficult incarnation of the storied Greek princess in Idomeneo. She has since garnered a reputation for taking on the most difficult roles in the dramatic Italian repertory with ease and aplomb. Recent triumphs have included the title role in Wexford Festival Opera's production of Donizetti's Maria Padilla, gathering unanimous acclaim from critics and audiences alike. Several more productions of Maria Padilla soon followed and her vocal skill and personal mettle were tested as she added to her schedule and repertoire roles such as Verdi’s Luisa Miller, Elvira in Ernani, Leonora in Il Trovatore, Gulnara in Il Corsaro, and Lina in Stiffelio; Donizetti’s Lucrezia Borgia and Anna Bolena; Cherunini’s Medea; Meyerbeer’s L’Africaine; and Bellini’s perilous Norma among others. Whether she is sharing the beauty and excitement of well known works of titanic proportions such as Giuseppe Verdi’s Requiem, Beethoven’s Ninth Symphony, and Mahler’s Second Symphony, or of lesser known works for soprano and orchestra including Samuel Barber’s heart wrenching concert aria Andromache’s Farewell, Charles Tomlinson Griffes’ Three Poems of Fiona McLeod, and Hector Berlioz’s “La Mort de Cleopatre”, Ms. Quintiliani is equally at home on the concert stage.

From the very beginning of her musical studies, the most intimate of interchanges between vocal artist and audience, the song recital, has held a place of honor for Ms. Quintiliani. She is proud to be an alumna of the Marilyn Horne Foundation. The great mezzo-soprano herself saw to Ms. Quintiliani’s development as a recital artist, and under the auspices of her foundation, Ms.Quintiliani made her Weill Recital Hall debut in the “As The Song Continues” series in New York, NY. As a member of the distinguished roster of recital artists, she and her collaborative pianist traveled extensively throughout the country leading intense outreach programs to public school children grades K-12. They were charged with being the catalyst to ignite a spark of interest and love of this great musical form. Ms. Quintiliani was broadcast nationally in recital by WQXR and NPR stations nationwide as a part of the prestigious “On Wings of Song” series. She has the great honor of sharing many concerts at national and international classical music festivals including The Bank of America Celebrity Series, The Dame Myra Hess Foundation Recital Series, The Santa Fe Chamber Music Festival, the Virginia Waterfront Arts Festival, the Phillips Collection, the Harvard Music Club, the Wexford International Opera Festival and many, many more.

Ms. Quintiliani has been the recipient of several of the most prestigious awards for her work. These include the Grand Prize in the National Metropolitan Opera Council Auditions, First Place in the Marian Anderson International Vocal Arts Competition, First Place in the Eleanor McCollum Competition at The Houston Grand Opera, First Place of the Licia Albanese-Puccini Foundation Competition in New York, and a Sarah Tucker Study Grant from the Richard Tucker Foundation. Having been recognized for her talent, Ms. Quintiliani was recruited to participate in America's most renowned young artist training program such as the Santa Fe Opera, the Houston Grand Opera, and the Washington National Opera. Ms. Quintiliani is a graduate of the New England Conservatory of Music where she received a B.A. and A.D. in Vocal Performance in Boston, Massachusetts.

Katie Beckvold is certified from The Boston Conservatory in Alexander Technique and a member of Alexander Technique International.  She has a great wealth of experience teaching lessons in person and online for individuals. Katie has also taught classes and given workshops to the following communities:

“Katie and I quickly made a personal connection, which allowed me to trust her.”

“Katie is really good at making you feel comfortable in the present moment and with whatever you are experiencing at that time.”

“No more upper back pain which I have experienced for a long time. Breathing better and feeling calmer.”

“Her kindness, clarity and commitment to her students is truly a gift to anyone who would take lessons with her.”
Beckvold workshop 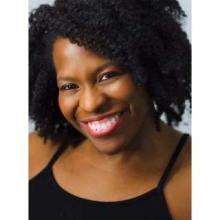 Yewande Odetoyinbo is both a fitness instructor and award-winning singing actress.  Recent credits include Hair, Parade, Little Shop of Horrors, The View Upstairs, Caroline or Change, Breath and Imagination (IRNE Winner), The Wiz, In The Heights, choreographer for Choir Boy. Yewande earned an MFA from Boston Conservatory at Berklee and a BFA from Howard University. She is originally from Detroit, currently resides in Roxbury, MA and is a member of Sigma Alpha Iota. 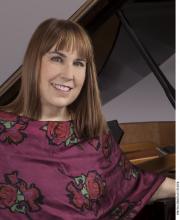 Described by Fanfare Magazine as “one of the most talented and intriguing of living composers,” Lori Laitman has composed multiple operas and choral works, and hundreds of songs, setting texts by classical and contemporary poets (including those who perished in the Holocaust). Her music is widely performed, internationally and throughout the United States, and has generated substantial critical acclaim. The Journal of Singing wrote “It is difficult to think of anyone before the public today who equals her exceptional gifts for embracing a poetic text and giving it new and deeper life through music.” For more information, please visit www.artsongs.com.

Stewart Robert Schroeder is an American pianist from Hastings, Minnesota. His passion lieswith his work with singers in recital, opera, oratorio, musical theater, and cabaret. Mr.Schroeder’s versatility and vast musical experience allows him to extend his talents to classical
chamber music and to the great symphonic repertoire as well. He has served as a repetiteur forMusic in the Mountains, Hawai’i Symphony, Opera Boston, Chautauqua Opera, and WexfordInternational Opera Festival. Mr. Schroeder made his international recital debut at the WexfordInternational Opera Festival in an evening of Italian songs and arias with Welsh tenor AdrianoGraziani, Georgian mezzo-soprano Ketevan Kemoklidze, and American soprano Barbara Quintiliani. In addition to maintaining a busy private studio, upcoming engagements for the2020/2021 season include Mahler’s Lieder eines fahrenden Gesellen with the Lowell Chamber Orchestra and a recital of American Song with soprano Barbara Quintiliani for the prestigiousVaughn Recital Series at Dartmouth College. 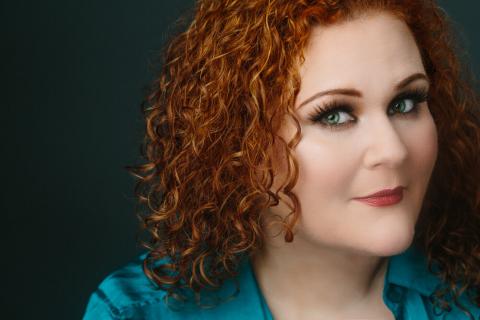