Virtual Reality: Virtual Singing and How to Succeed

Refine your audition package, learn new technology, and how to impress in a virtual world at a workshop with acclaimed mezzo-soprano Renée Tatum.

Registration will open in the coming weeks. Subscribe to our workshops email list to stay up to date on our programs!

Noted for her “gleaming vocalism” (Opera News), mezzo-soprano Renée Tatum is an incredibly important artist of her generation. The 2018-19 begins as part Nico Muhly’s Marnie at the Metropolitan Opera, followed by her debut with The Philadelphia Orchestra as the Mother in Amahl and the Night Visitors. Ms. Tatum then returns to the Metropolitan Opera as Waltraute and Flosshilde in Der Ring des Nibelungen, under the baton of Philipe Jordan. She sings Brahm’s Alto Rhapsody with the Cecilia Chorus at Carnegie Hall, joins the National Opera of Guatemala as Flora in La Traviata, is the alto soloist in Beethoven’s Ninth Symphony with The Philadelphia Orchestra under the baton of Yannick Nézet-Séguin, and closes the season as Waltraute in Die Walkürie with The Boston Symphony Orchestra. Last season’s engagements included Flosshilde in Das Rheingold with Tanglewood Music Festival; Flosshilde in Das Rheingold and Götterdämmerung and Waltraute in Die Walküre with San Francisco Opera; Jenny in Threepenny Opera with Boston Lyric Opera; Flower Maiden in Parsifal at The Metropolitan Opera, Penderecki’s Credo with the Indianapolis Symphony, Durufle’s Requiem with the Back Bay Chorale, Bach’s Christmas Oratorio with The Cecelia Chorus of NYC under Mark Shapiro, Concerts with Warren Jones under the auspices of the Manchester Music Festival, and Gabriele Bertolier for the Romantic Century’s production of Van Gogh’s Ear at The Pershing Square Signature Center in New York City. She also sang a concert entitled “Opera Italiana Forever Young” as part of the Central Park Summer Concerts series and Das Rheingold in concert with the New York Philharmonic at Lincoln Center. In the 2019-20 Season, Ms. Tatum returns to the Metropolitan Opera as Dritte Dame in Die Zaüberflöte, The National Taichung Theater as Flosshilde in Götterdammerung, Kundry in Parsifal, Azucena in Il Trovatore with Pensacola Opera, and finishes the season as Cornelia in Giulio Cesare with Boston Lyric Opera. 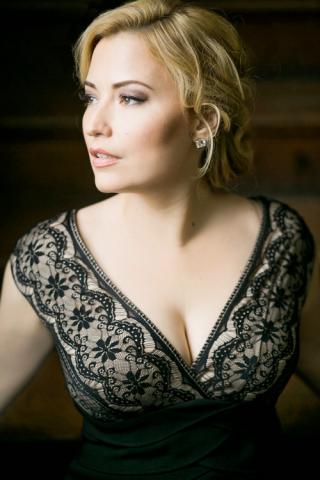